I hope you’re doing well! I’ve finally gotten round to writing about my recent trip to Barcelona and as promised in the Trip Breakdown post here is my ‘Travel Blog’ discussing everything we (Haydn and I) got up to whilst in Barcelona! 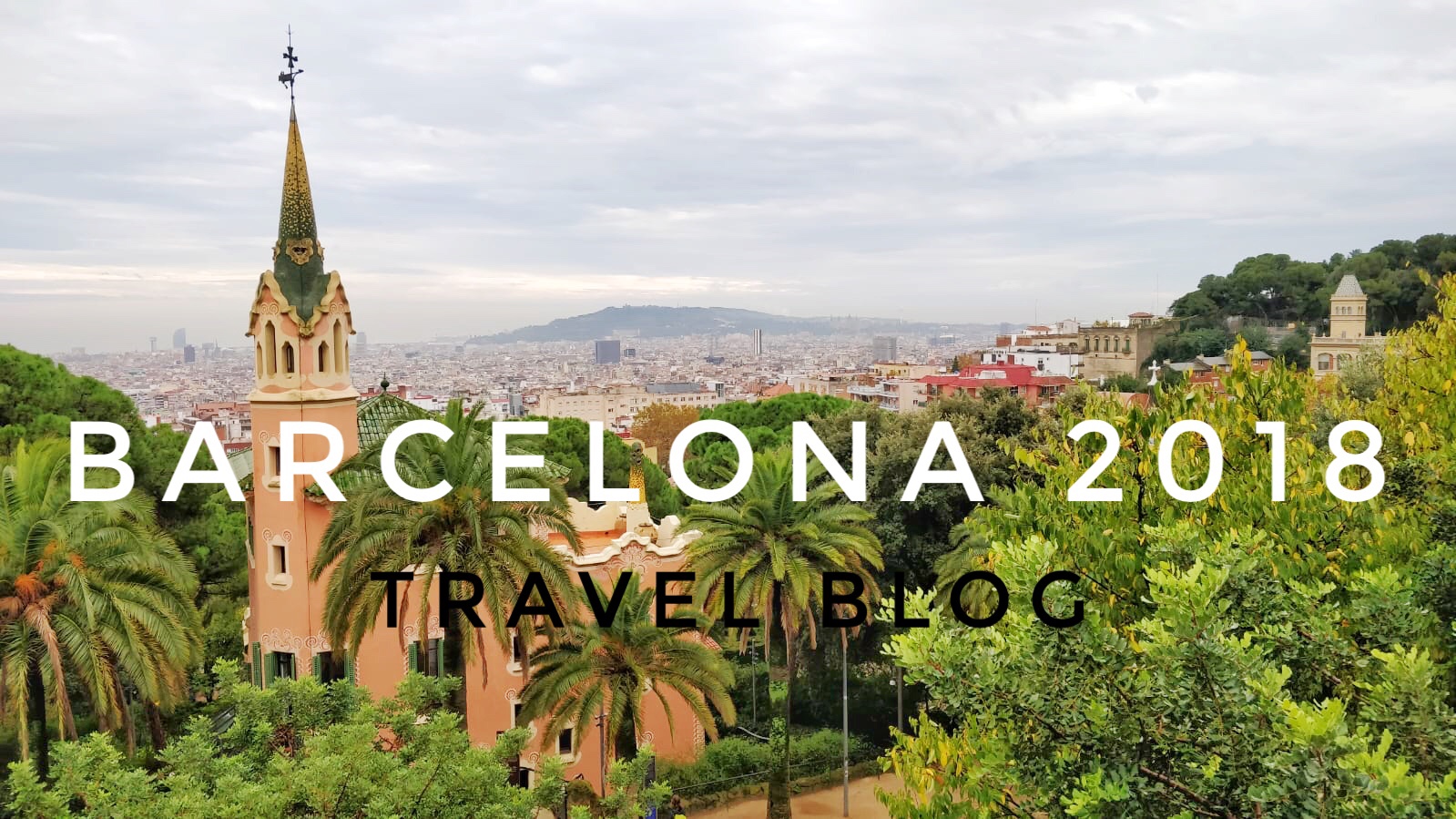 We left for the airport after work on the 21st November, since our flight was early the following morning we stayed in the cutest Airbnb the night before. Our host was lovely, it was the first time I’ve stayed in a ‘private room’ not an ‘entire flat’ and I honestly think it was great – I’d do it again as it saves a lot of money.

We boarded our flight around 7am the following morning and we were off for our winter break! After landing it was super easy to get to our hotel (Chic and Basic Zoo), we always try to save money by using local transport instead of transfers – we took the T2 bus into Plaça de Catalunya, which is the city center of Barcelona, and from there it was an easy walk. After checking in we decided to explore a bit of the local area; just round the corner of hotel was Ciutadella Park and Arc De Trimof. Classic joke but clearly this isn’t just in Paris…

For “lunch” we went to the dessert parlour Demasié, which honestly had the best snacks ever! We both tried the cookie style cheesecake which was super yummy but very filling. Would highly recommend hitting up this place if your ever in the area!

We also wondered into the Gothic Quarters a little to explore the history there. This is one place I wished we’d had a chance to go back to! It was getting dark by the time we got there and we basically just had dinner (at an amazing burger place) and went back to grab our bikes.

The first nights was probably one of my favourites, Haydn and I had rented bikes from our hotel (free of charge since we booked direct) and cycled over to Plaça de Carles Buïgas in order to see The Magic Fountain (Font màgica de Montjuïc) to watch the dancing water. It was actually really cool to see and nearly all the songs were in English which was perfect for us.

The 23rd was a busy day since we’d be traveling to Salou that afternoon, we definitely packed plenty in despite the fact that the weather was miserable. We shared a T10 travel ticket which gave us 10 journeys on the metro. First we headed to La Sagrada Familia which was such an incredible building and crazy to think that construction started in March 1882 and still isn’t finished.

Next on our list was Park Güell and thankfully by the time we were there it had mostly stopped raining. The views were pretty great and I’m glad we ventured up there. The Gaudi areas of the park were pay to enter and cost a whole €7.50 each! Even out of season… I thought this was a pretty expensive, especially since we aren’t Gaudi fans and the only thing we would have gained is a few pictures. So basically, we stuck to the free paths.

On the metro back we got of a few stops early to take a look at the Casa Batlló, after getting of the metro we would have missed this place if it hadn’t been for all the other tourists. The building was gorgeous don’t get me wrong but it’s set in a city that is surrounded by beautiful architecture so somehow this gem blends in. 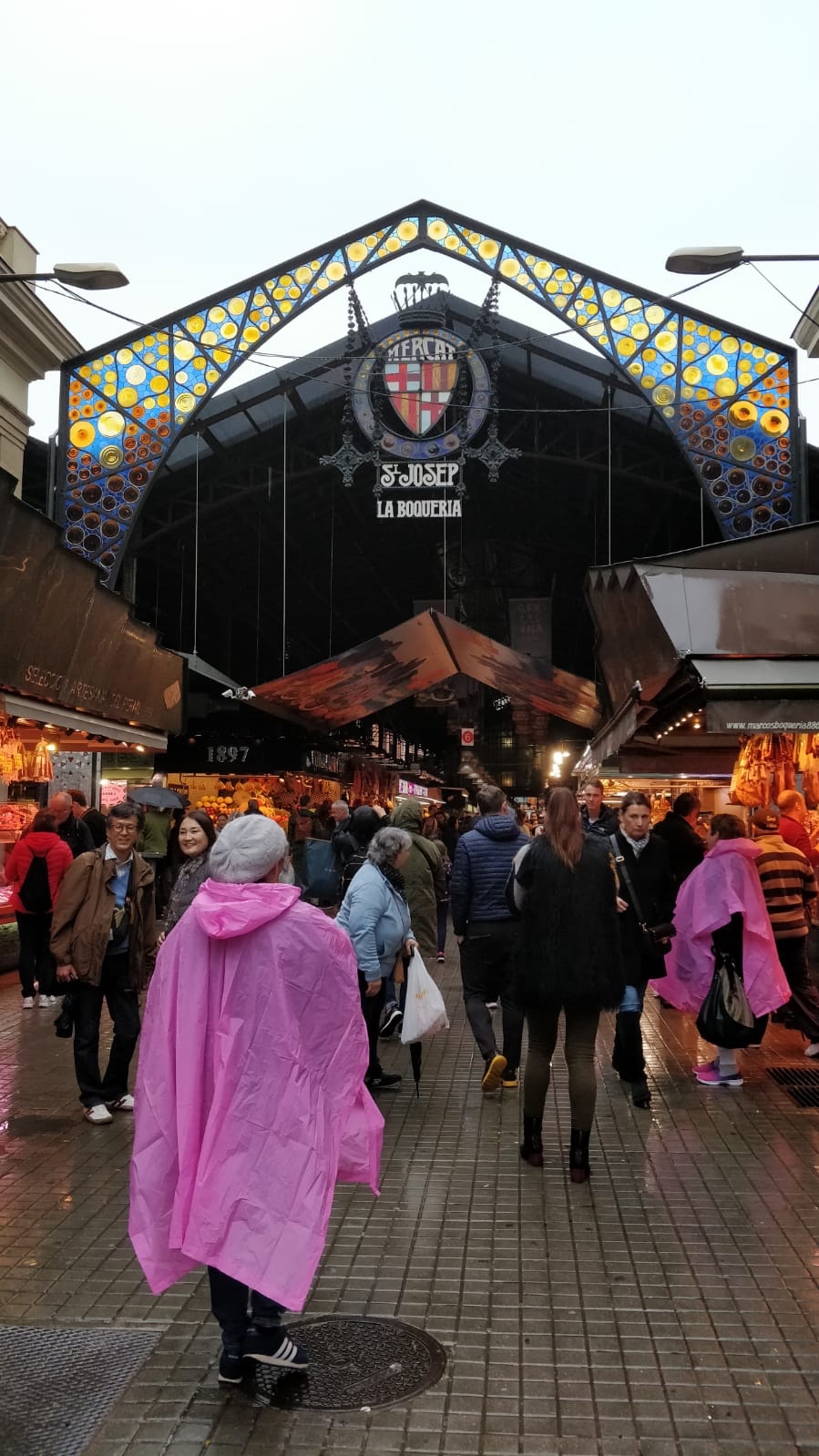 For little snack we took a small diversion to the La Boqueria Food Market, being a particularly fussy eater I stuck to the basics; €1 fruit smoothies, cheese and ham cones and my personal favourite fried potato sticks!

As we’d headed back to the train station we grabbed some snacks for the journey to Salou which would take a a little over an hour. If you’d like to read the hassle that was checking into our Salou hotel you should definitely check out my previous post. 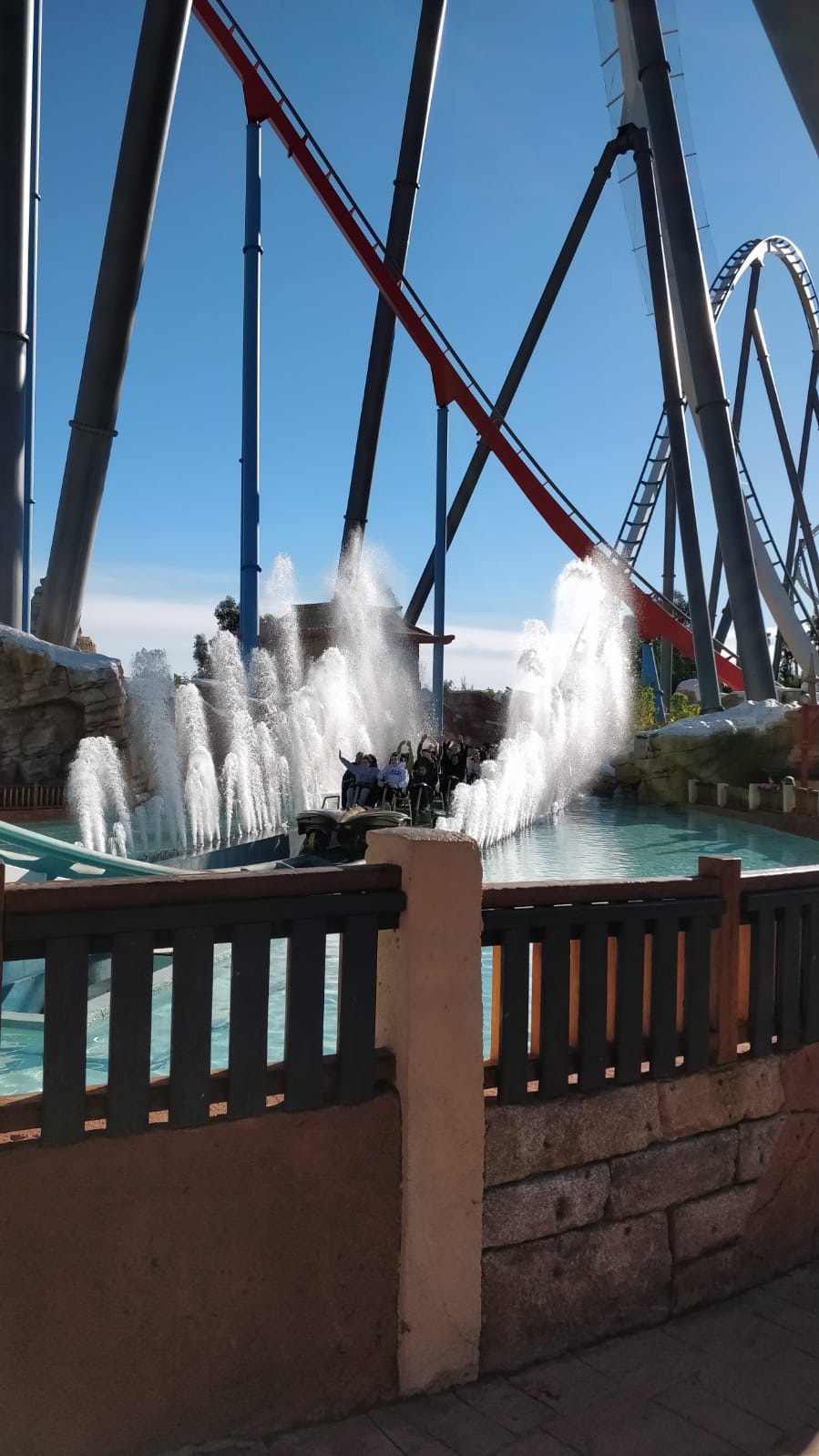 Despite the drama that was the night before – Saturday 24th November was theme park day! We were walking distance from the Port Aventura theme park (Tip: if you are a Merlin pass holder you can visit this park for free!) so we headed over there nice and early in order maximize our time in the park. This was actually a really great theme park and even though it’s targeted as a family park there are loads of thrill rides. My favourite ride was by far Shambhala. We left the park mid afternoon and decided to head back to our hotel and explore the local area. 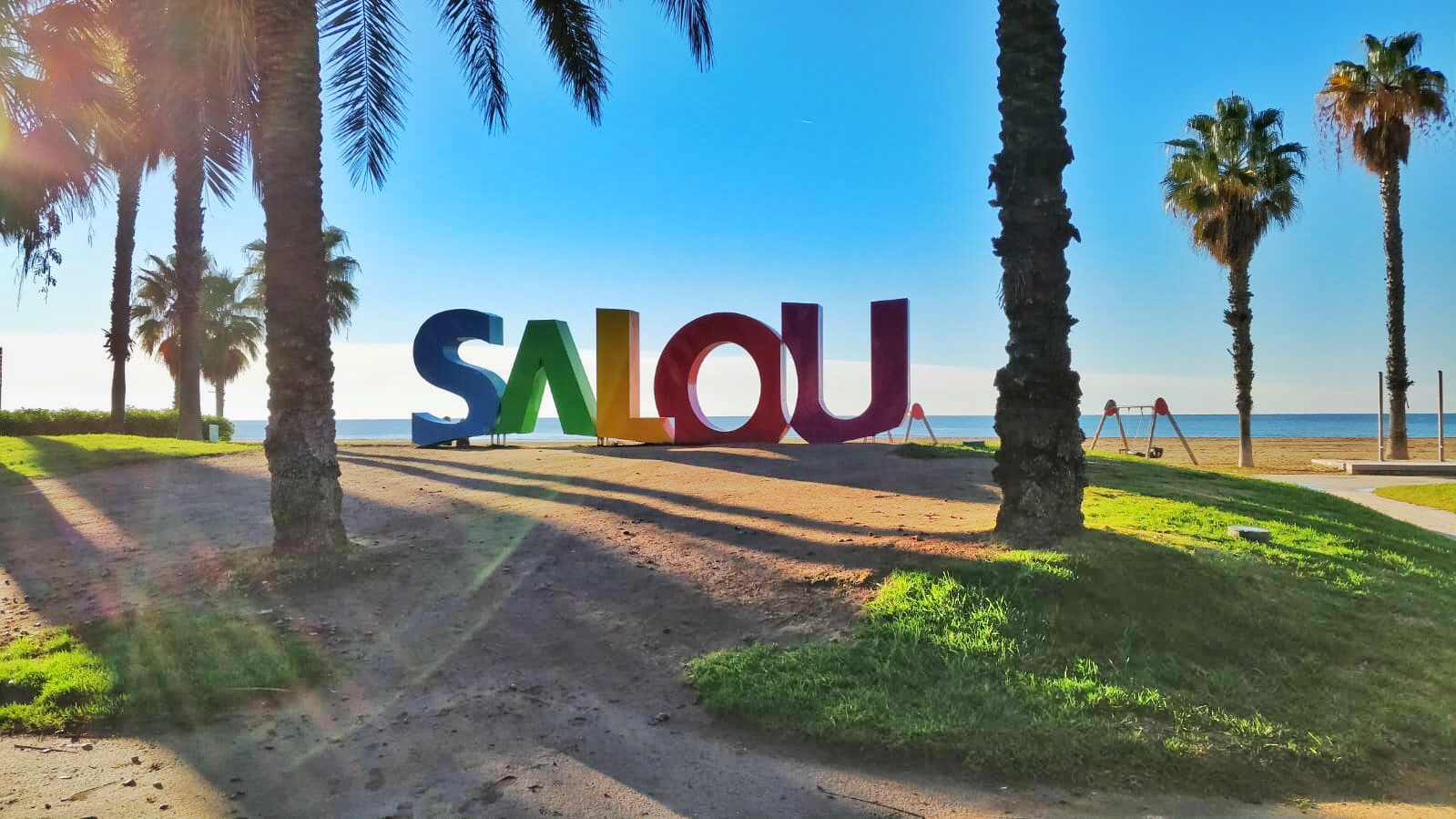 The hotel we ere staying at was literally across the road from the beach, which in the mild weather seemed like the perfect place for a stroll. Haydn had brought his drone with us on the trip so we also used this area to do a little filming, and I even had a turn at piloting the device which was pretty fun.

Our final day in Salou and another day at the theme park; on the Sunday of our trip we decided to head for Ferrari Land and rode Red Force which we had been looking forward too since booking the trip. Its the fastest ride in Europe reaching speeds of 111mph and climbs to a height of 367feet.

The park tickets we had brought allowed us to go back into Port Aventura some more so we were able to go on our favourite rides again. After we’d been on everything we wanted too we headed back to the hotel to pick up our things and head to the train station. We got back into Barcelona later that night and checked back into our hotel – which was a much easier process than the one we had experienced in Salou… 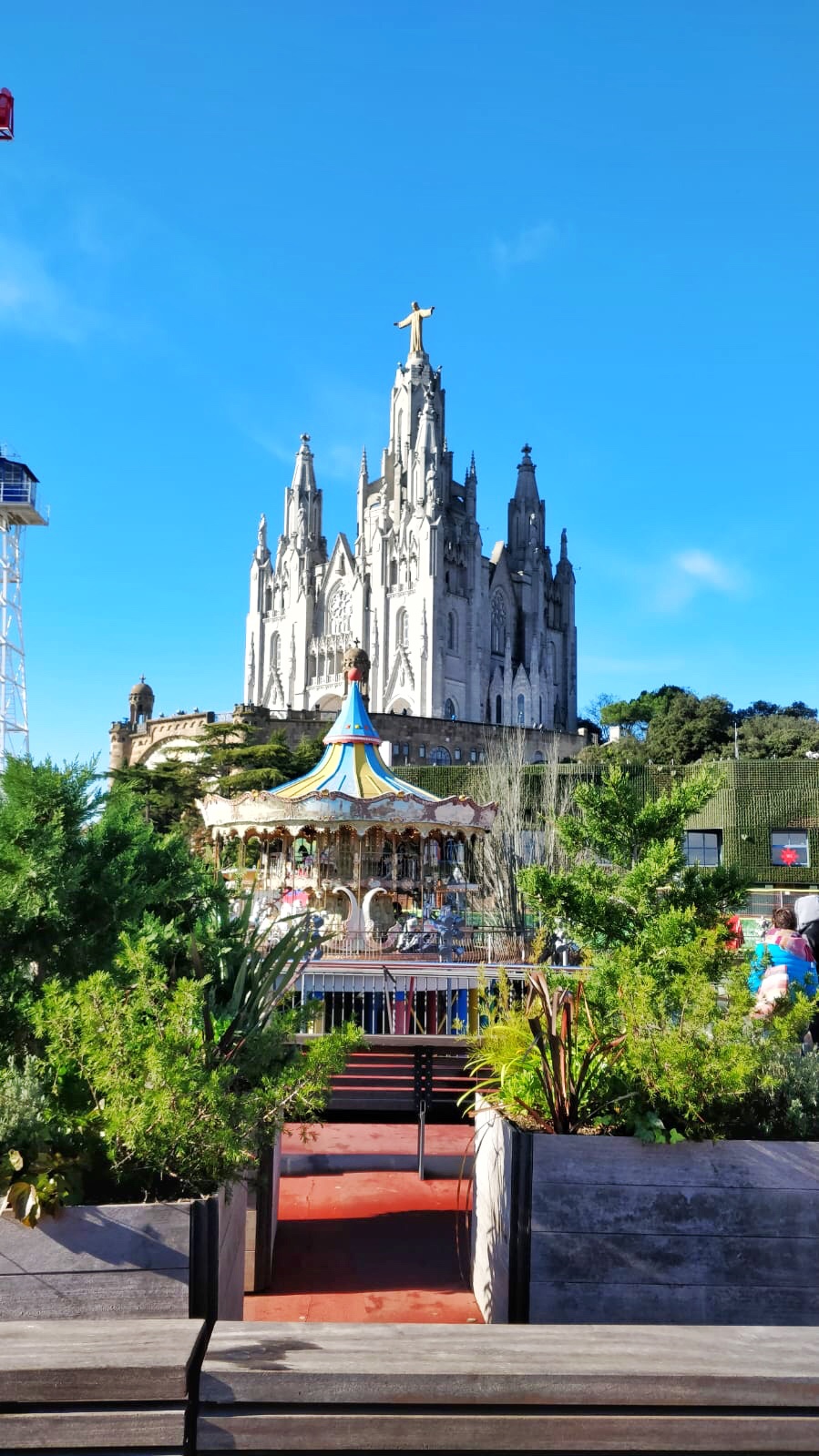 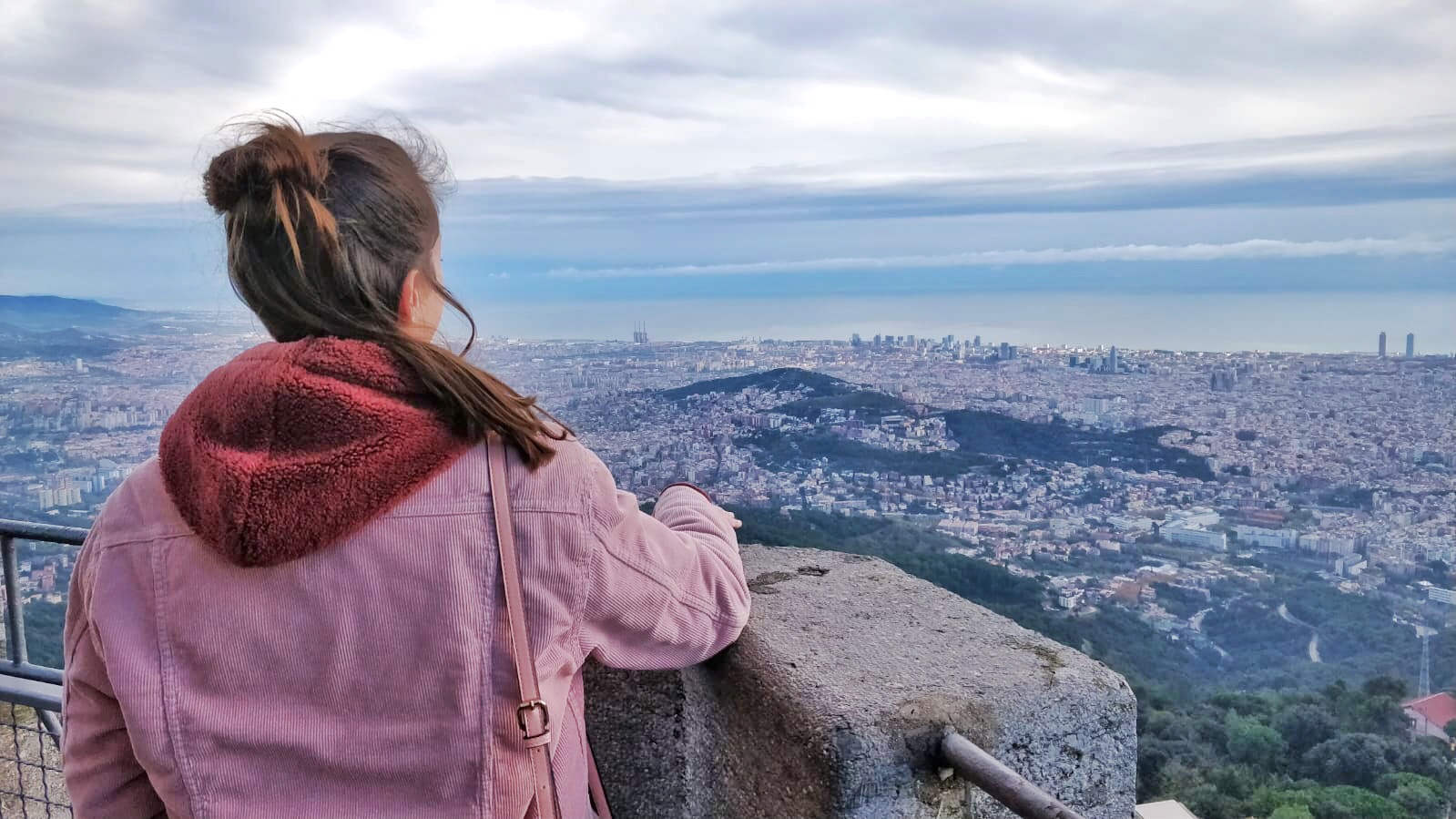 Back in Barcelona for our last full day and I think my overall favourite! We used this day to adventure a little north of the city to Tibidabo mountain to the Temple of the Sacred Heart of Jesus. I expected this trip to be a little harder to navigate as it seemed that way online but in reality it was pretty easy. From Plaça de Catalunya we were able to get the metro to Peu del Funicular and then as part of the same journey we jumped on the life hill. At the top it was still a little walk to the peak, there is a bus but we didn’t have cash so for us the only option was to walk – although this wasn’t so bad.

The views over the mountain were stunning and I honestly hope to remember them forever. It was amazing to see the city from a different perspective. The Temple was another great attraction to explore, we paid for the elevator which took us right to the bottom of Jesus’ feet, 564,43 meters above sea level. It was absolutely freezing up there but definitely worth the extra energy. 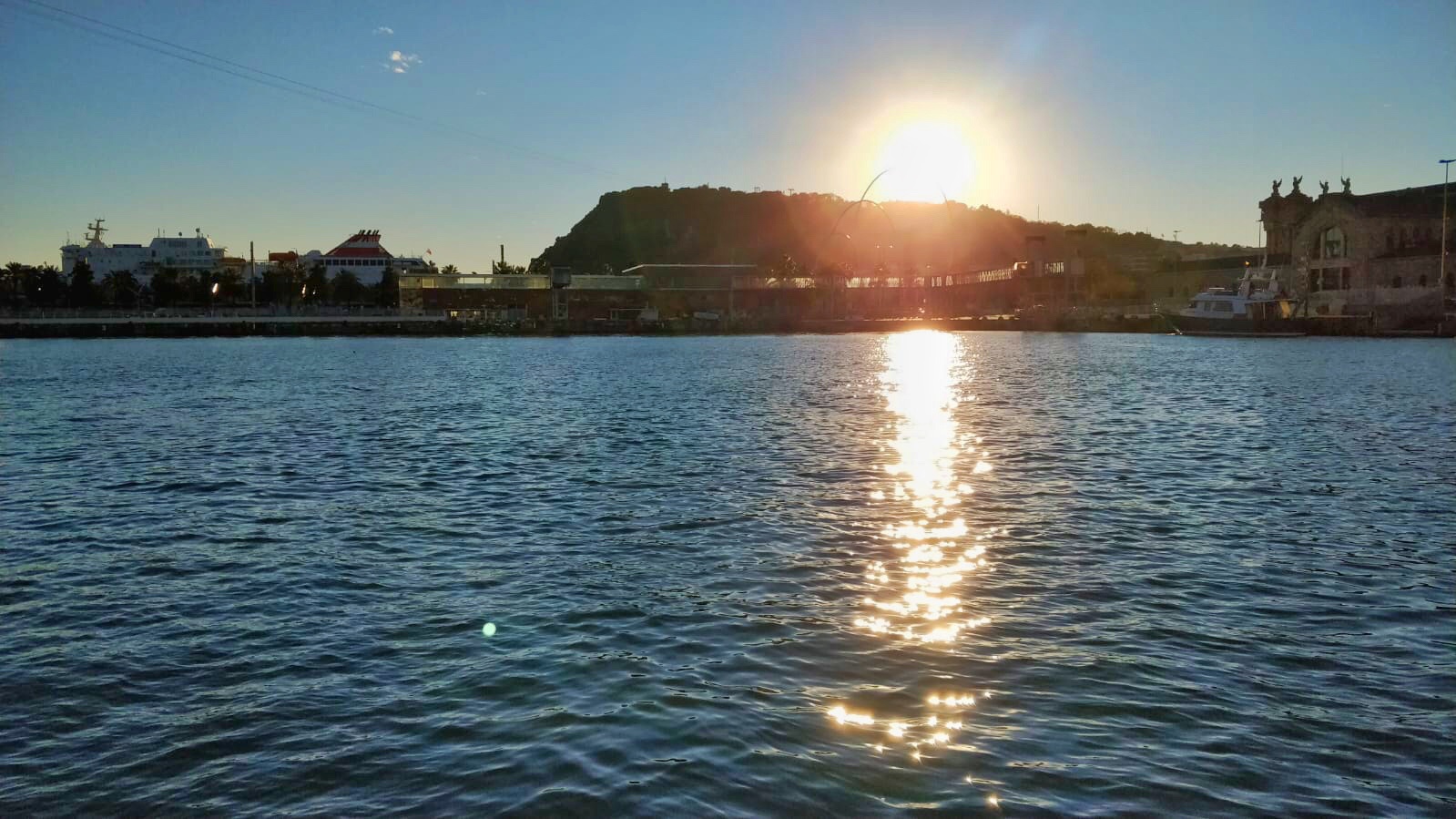 Once we were down the mountain we headed down to the water front, enjoyed an ice cream and watched the sunset over the water. This trip had been amazing and this felt like the perfect end to our trip.

That evening we were exhausted so decided to grab a takeaway pizza, a few snacks and hang out at our hotel.

We didn’t have to long that morning to spend before needing to head to the airport. We basically had a slow wander over to Plaça de Catalunya. We had a few hours to take in the final sites before heading to the airport just before midday.

We had such an amazing trip and I’m super glad we had the time together! Overall Barcelona was a fantastic destination and I’d recommend you guys taking a trip – particularly as it can be done on a pretty strict budget.